(The) Writing Life--Or The Blog That Never Was 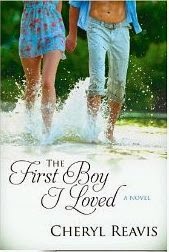 Or I could title this "Better Late Than Never."

So here's the thing. I was asked a number of months ago to do a blog about my new release, THE FIRST BOY I LOVED--which I did. And well before the deadline, too. It never appeared, at least not in the place where I thought it would be, and my follow-up inquiry as to whether or not there was a problem with it--which I would be only too happy to remedy if I could--or whether it had been received, was never answered. No Reply. Zip. Zero. Nothing.

I've never had this happen before, but a family crisis became such that I forgot all about it--until I happened to see the file when I was clearing out some of the emails in the "Sent" box today. ("Sent." Which means, I'm almost positive, that it left my computer and went on its merry way to theirs.)  But be that as it may. As far as I can tell, it never appeared where it might have helped when the book was initially released, so I thought I'd just post it on MY blog now.

THIS TIME IT STARTED WITH A SONG…

Sooner or later, all writers are asked where they get their ideas, and whenever that happens to me, I’m likely to say that the world is full of interesting, book-worthy events, but that actually I don’t “get ideas.” It’s more that a very particular idea will somehow get me.

This was very much the case with THE FIRST BOY I LOVED. Six years ago I was listening to NPR radio, to an interview with singer/songwriter Patty Griffin, and at one point they played her beautiful and haunting song, “You'll Remember”:

Maybe one day along the way you’ll remember me…and it won’t be sad to think of all we had…Maybe one day…you’ll think of me…and you’ll be smiling….

And in that wonderful way it happens sometimes if a writer is very lucky, the character who would become “Gillian Warner” was there. “Gilly,” who firmly believed that she was safe from the past, that it had been dealt with and buried, that it was a done thing that could no longer disturb her life and break her heart. But she was wrong, because the death of her husband brought back the pain and sorrow of her first love, the young man who had gone off to an unwinnable war and never returned. Suddenly it wasn’t her husband she was grieving for. It was Ben Tucker, and he seemed to be everywhere—in the music of the time, in the rainy nights when she wandered the house alone—had he always been there, she wondered? She didn’t know. She only knew that these resurrected memories of Ben were strong, despite the fact that she could no longer see his face.

As Gilly began to take shape in my mind, I could sense her overwhelming guilt, even though I didn’t yet know precisely what had caused it. I could feel her regret and her unresolved grief, but more importantly, I knew how desperately, even at this late date, she wanted—needed—to do something about it.

But like most of us, Gilly didn’t live in a vacuum. She had family—a troubled granddaughter named Mae who would complicate her pilgrimage to the place where Ben had died in ways Gilly couldn’t imagine, as would the cynical Vietnam War vet expatriate in Ho Chi Minh City, who made his living taking grieving Americans on what he called “Guilt Trips, Inc.”

I would like to say that the book “wrote itself,” but truthfully I’ve never had one of those. I can say that writing this book was easier than some, that I loved these characters dearly and that Patty Griffin’s song was my touchstone.  The idea got me. I wrote the book. The book was published. End of story, right?

Well, no. At the very last moment, THE FIRST BOY I LOVED was “orphaned.” Now this is not the worst thing that can happen to an author and a book, but it’s high on the list, especially when this particular book was already up on the amazon and Barnes & Noble websites for pre-ordering when the cord was pulled. The editor who had worked with me on the book fought hard to find a place for it elsewhere in the publishing house, but there was none. No place. And so the book languished. And languished. And languished some more—until one day Bell Bridge Books came along and rescued it—and may I say, made a friend for life.

So here we are again, “Gilly” and I, orphans no more. At last she is finally, finally going to make her publication debut, and should you do us the honor of reading THE FIRST BOY I LOVED, we both sincerely hope that you will enjoy it.

Amazon Link, CLICK HERE. It's also on Barnes & Noble, Kobo, BelleBooks, etc. Links are over there----->