These are the three "Cinda Richards" books now available on amazon.com in the Kindle format. There are two more coming: THIS SIDE OF PARADISE (my first romance novel) and SUCH ROUGH SPLENDOR.
And let me say thank you to those of you who have bought the first three. Bless your hearts. I am thrilled. 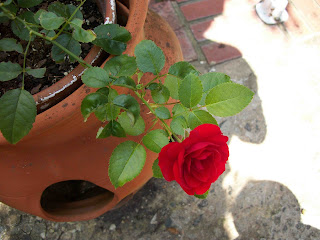 This is just to show you that I actually do other things besides obsessing about paying the bills. (Read: shamelessly trying to entice everyone on the planet into buying "Cheryl Reavis" and "Cinda Richards" books).
I root roses. Sometimes successfully. This one was rooted from a cutting from a neighbor's rose bush. I started the process last year. (I use the ziplock bag method.) The cutting looked viable by early spring, so it was potted, fed and put outside after the threat of frost. And now it is blooming. Three whole roses. I love the color, and it actually has a whiff of the rose scent. I don't know what kind of rose it is, but I like it.
Now if I could just root a camelia. So far it's Cheryl, 0. The article I read about camelia-rooting said they will root in 3 to 6 months -- or never. I can definitely vouch for the "never" part. I used to work with a nurse who rooted them by placing the cuttings in a sandbox with a Mason jar over them. Alas, no. She rooted them, I rot them. I should probably go read about camelias some more. In the meantime...
That's it for this time.
Posted by Cheryl at 10:02 AM No comments: 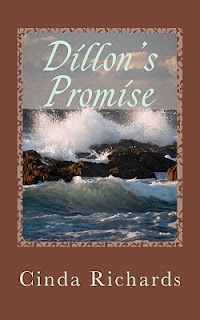 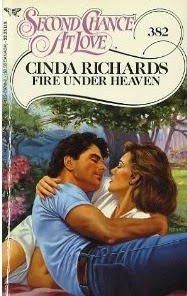 ...my entire "Cinda Richards" backlist.
All five books written as "Cinda Richards" for the lost and gone forever SECOND CHANCE AT LOVE line are going to be released in the Kindle format: THIS SIDE OF PARADISE, DILLON'S PROMISE, FIRE UNDER HEAVEN, ONE FROM THE HEART, and SUCH ROUGH SPLENDOR.
I'm not sure when--I haven't approved the covers yet--but they're coming.
Nostalgia rules! (I hope)
Posted by Cheryl at 8:21 PM No comments: 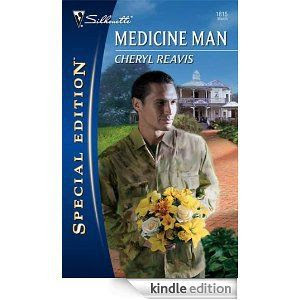 The digital version of MEDICINE MAN is NOW AVAILABLE...
Posted by Cheryl at 9:38 AM No comments:

The Writer and His or Her Cat...

I used to try to write around TWO of these persistent creatures. Sometimes they hit me in tandem. Sometimes one after the other. Always, they eventually got whatever it was they wanted: food--not THIS food, THAT food; food bowl's not empty but it's close enough to worry us; water in a cup not the water bowl; closed door opened; open door closed; "Help! You've misplaced the other cat!" or "There's a cricket in the bathtub!!!" or "Get up! I want to sit where you're sitting!"

Anyway, I do love the "Simon's Cat" videos on YouTube. Click on the TWO above to see them.

Posted by Cheryl at 1:16 PM No comments: