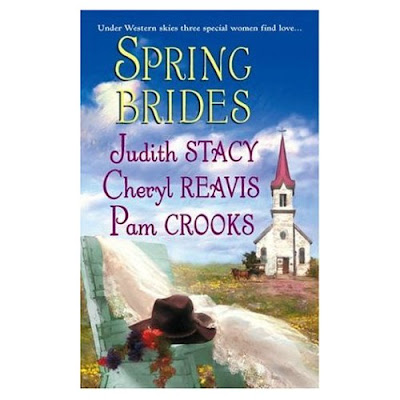 Another backlist book has been called forth for digital release, this time the SPRING BRIDES anthology, which includes my novella, THE WINTER HEART, as well as novellas by Judith Stacy and Pam Crooks. It will be available in the usual digital formats, Kindle, Nook, Kobo, etc. on February 15 2012 and can be pre-ordered now.

Posted by Cheryl at 9:54 AM No comments:

Progress Report on the New Book 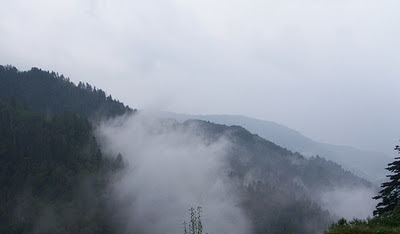 The line edits are finished and approved, and the new release, THE SOLDIER'S WIFE, is now in production. (The setting for the book is the Blue Ridge Mountains, in case you're wondering what the picture has to do with anything.) I believe the release date will be August 2012.
Posted by Cheryl at 3:23 PM 2 comments:

PRIME SUSPECT and Me 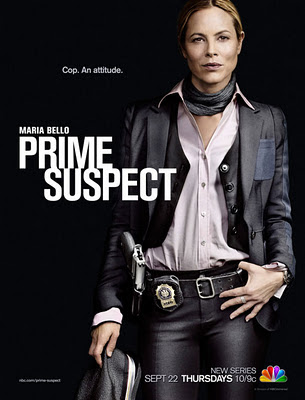 NBC has axed PRIME SUSPECT. Why? Well, apparently because the writing is superb, the casting, excellent, and the acting absolutely stunning.
Maria Bello's "Jane" is much more sympathetic than Helen Mirren's "Jane." I know this because I watched ALL the episodes of both versions. I gave this new "upstart" NBC version a chance, thinking all the while that it couldn't possibly compare to the British one. (What can I say? I'm a PBS viewer--I'm accustomed to excellence.) Well, it not only "compared," it "surpassed." The humanity Bello brought to the character when the plot dealt with a traumatized child was Emmy-worthy at the very least. And, her relationship with the men in her squad who are determined not to respect her has been riveting.
If all that's not enough, there were the complex relationships with her father, her younger sister, her "significant other" and his little boy -- not to mention the viper of an ex-wife. Every character in this drama is three-dimensional.
THEN, there is the complexity of Maria Bello's "Jane" herself. "Jane" is a strong woman. She is not a woman trying to behave like a man. Believe me, the official poster (see above) -- which makes her look like a bounty-hunter-slash-biker-chick (whose idea was that, anyway?) -- says nothing about the excellent dramatic quality of this show or her fearlessness or her vulnerability, all of which made the viewer, i.e. ME, care about what happened to her and to the men who hate her and who love her.
Sadly, there is nothing I can do about this travesty but vent. And make a suggestion: MOVE IT TO THE USA NETWORK.
NBC, I am axing your Thursday at 10 PM time slot out of my DVR -- and you're not getting it back.
Posted by Cheryl at 6:50 AM 1 comment: