Okay, you talked me into it. I thought I'd show you the World War II ones:
This one of Alan Ladd, which is autographed specifically to my late sister-in-law: 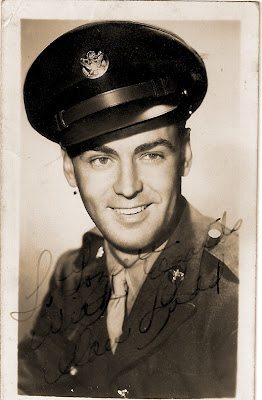 And this generically autographed one of Clark Gable: 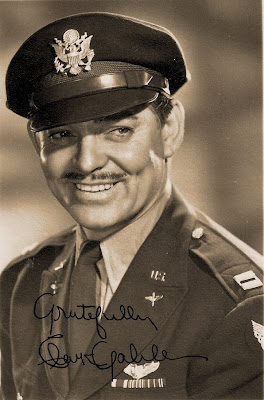 I'm also including this one of John Wayne, not because he served in the military during World War II, but because my late father and the rest of the family veterans considered him to be the consummate draft-dodger. I suppose that his not having enlisted wouldn't have seemed so serious had not so many other movie stars elected to serve. In any event, I still remember how much it upset my dad to see John Wayne (and Ronald Reagan) wrapped in the flag and pressuring young men to reenlist during the Vietnam War. He was of the opinion that men who had never seen combat had no right to take that stance. "War is not a movie," he'd say, and he, unlike those two, would know. 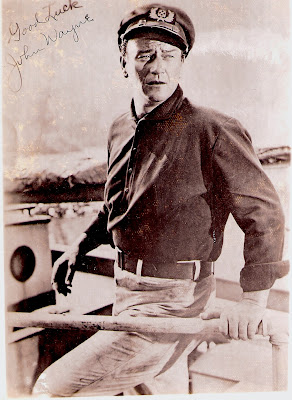