Time For An Update... 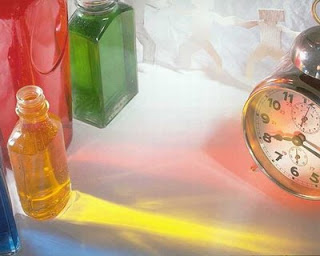 My mom's Mustang had to be put down. We're in the process of getting her some new "wheels." We should be able to finish all the paperwork on the replacement on Monday -- if we aren't snowed in. I'm hoping the weather "computer models" are wrong yet again.

The "care package" with the Cheerwine cake slices turned up. No one knows where they were all this time, but they're still edible, so that's a good thing.

I'm proofreading the galleys for THE FIRST BOY I LOVED.

My grandson applied for "early college" -- and got turned down. He's crushed and I'm significantly dented myself. My glass is usually half full, but I can tell you, at the moment, it's got a leak. (sigh) 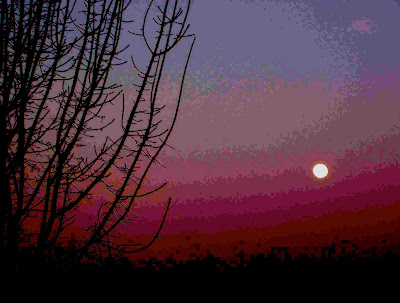 - First, I want to show you this photograph I took of the recent full moon -- I thought it was interesting as photographs go -- and then we'll move right along:

- My mom was in a car accident a couple of weeks ago. She wasn't hurt, but her 1989 5-speed stick shift yellow Mustang took a significant hit. It's still in the body shop. Seems they can't find the parts they need to fix a car that old. It may be old, but it only had 54,000 or so miles on it. Anyway, it's very stressful for my mom and therefore me. She does NOT like being without her wheels.


- I've finished proofreading the "deflag" manuscripts for both books (August 2009 release, 2-in-1 volume, THE MARINE and THE FIRST BOY I LOVED). The copy editor did a good job changing what I said into what I meant in fewer and better words, without -- and here's the main thing -- changing my voice. I was pleased with his or her work, and believe me, that has not always been the case. Copy editors can be wonderful things -- or the Devil's Own Curse. In any event, we're moving right along in the production process. I've put in my request for the cover jpg. ASAP, so as soon as I get it, I'll post it. (For me, waiting the see the cover is like waiting for Santa Claus when I was four.)

- My granddaughter has learned the power of sponge rollers. She advised me Monday that a little boy in her kindergarten class told her if she kept those curls, he wanted to marry her. I'm not sure if she's engaged -- albeit conditionally. In this case I guess you really could wash that man right out of your hair if you wanted to.

I have to say I do love little boys at that age. Either they don't know what girls are or they're throwing around marriage proposals. I got a proposal once myself when I was a school nurse. A little kindergarten age boy asked me to marry him -- then he gave me his pencil. I was truly honored. I think I still have my "engagement" pencil here somewhere. 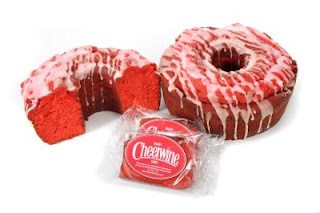 - I've just learned that mail delivery isn't what it could be. Either that, or someone hijacked the box of Cheerwine cake slices I sent to my nephew. He's in school in Upstate New York, and he never got it. I suppose it could be in a snowbank somewhere until the spring thaw. My guess, however, is that it's in another student's snack stash. Cheerwine isn't alcoholic, by the way. It's a wonderful-tasting cherry cola-esque soft drink made locally since the early 20th Century. The taste is hard to describe, but if you grew up here, you grew up drinking Cheerwine. If you were ever away from home for an extended period of time, you desperately wanted someone to send you a case, and when you got back, drinking an icy cold Cheerwine was one of the first things you did. We make cakes out of it, too. And ice cream. And ice cream floats. And punch. My mom and I introduced him to Cheerwine and to her homemade Cheerwine cake when he was little -- we have to keep him attached to his Southern roots somehow -- so he was disappointed when his dozen cake slices went awry, even if they weren't the homemade kind. Now I have to decide whether I'm going to try to send him some more, and if so, how. Maybe UPS is the better way to go.

So. That's it for this time. All of you have a good rest of the week. Have yourself a nice cold Cheerwine -- you can always buy some online.

Labels: "The First Boy I Loved", "The Marine", Cheerwine 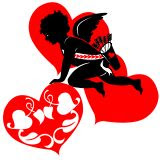 Happy Valentine's Day, everyone. If there's no one standing in the wings with candy and flowers, may I suggest being your own Best Valentine? Take yourself out to dinner, or buy yourself a new lipstick or rent yourself a chick flick, pop some popcorn (What can I say? I like popcorn better than I like chocolate), hit the Hershey's-slash-Dove aisle -- do something that brings you bliss -- with friends or all by yourself. Have a nice day just for you. Or, better yet, take a kid out for ice cream -- kids love being someone's Valentine. Enjoy. Valentine's Day isn't just for lovers.

The local Chic-fil-A is going all romantic today from 5-8 PM -- tablecloths, maitre d' and everything. I understand they'll even bring my Kid's Meal to me. Now this is my kind of event. I just love whimsy. 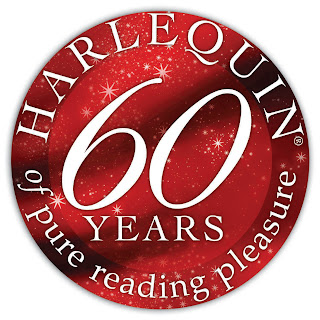 The publisher (my publisher) is making a number of their books available for downloading absolutely free. This is a wide sampling of Harlequin fare and therefore a big opportunity for those of you who are romance novel devotees and for those of you who've never read one because you don't want anyone to catch you at it. Now you can. And no one will know. And it won't cost you a penny.

If you're not familiar with the romance genre per se, let me advise you now that, regardless of what you've heard, all romances are not the same. Each line meets certain reader expectations. Some are much more explicit than others and some, like the Love Inspired line, are considered "sweet" and inspirational. Some lines have elements of intrigue or suspense or the paranormal. Some deal more with relationships. Some are historical fiction, some are contemporary. ALL of them are love stories. I'm telling you all this so that you won't get your socks knocked off if you don't want to. If you do want your socks knocked off, there are books available for you, too.

This is the list of the free books by series line and by title and author:


The files are available as PDF in all eBook formats, as well as a Stanza App for the iPhone and iPod Touch. The titles can also be found at all the online retailers like Sony, Amazon, Barnes & Noble, Fictionwise.com, eReader.com, etc.

The 16 free books (one for every series) will be available throughout 2009.

So click on the link above and enjoy. I'm going to go pout because none of my titles are on the list.
Posted by Cheryl at 3:50 PM No comments: 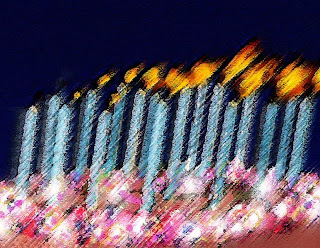 It's the granddaughter's Big 0-6 Birthday today. How in the world can she be SIX already? She was just a baby the other day. Experience tells me that in no time at all she's not going to want to play "Big Cinderella and Little Cinderella" anymore. She has quite an imagination -- don't know where she gets THAT.

We two Cinderellas have had some exciting adventures. Imagine my surprise one day when we were pretend floating in our pretend boat (read: couch) down the pretend river in our beautiful pretend pink and blue satin dresses, not to mention our pretend crowns and jewels -- on our way to a dance at the castle so we could meet the Handsome Prince -- when she suddenly announced that we had to deal with a bunch of Vikings. (I'm not sure if they were Norsemen or football players.) Either way, the Vikings were no match for us (Girl Power!) and we arrived at the castle still gorgeous with hardly a hair out of place. We met the Handsome Prince and broke his heart when the clock struck midnight and we had to dash away. (He's still not over it.) That's the good thing about pretend satin princess dresses -- you can dash all you want.

I asked her last month what she'd like for her birthday. "Pink," she said. She doesn't care what it is. It just needs to be pink. (If only the boys were that easy.)

So. Happy Birthday, Sweet Girl! Big Cinderella loves you.
Posted by Cheryl at 12:34 AM 2 comments: