I'm wishing you a Charlie Brown kind of Thanksgiving, where it is all about the company.
Family.
Friends.
Love. 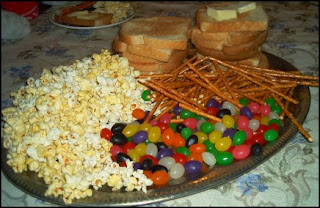 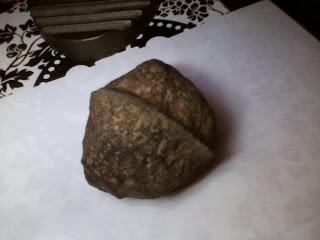 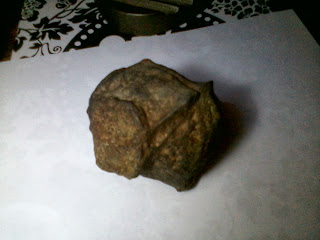 My son texted me this morning, asking if I'd find the odd rock he'd found in a creek near the house when he was a boy, take pictures of it and send them to him. Oh, sure. Why not? So I found the rock. I took the pictures. I sent them to him. And I thought I'd show them to you, while I was at it. All I know about it is that he found it in the creek, it has several flattened "facets" on the surface, it's not magnetic, and it's noticeably heavy for its size.

What do you think it is?


Like most people who were around when President Kennedy was assassinated, I remember where I was. I'd been in the operating room doing my student nurse thing since 6:45 that morning, scrubbed in and sterile, passing instruments, threading curved suture needles with cotton suture, suctioning,retracting, retracting, retracting some more. The muscles in my arms were still "trembly" from keeping the wound open wide enough for the surgeon to see whatever he needed to see. The smell of "surgery" was in my nose despite wearing a mask (yes, surgery has a smell), and I was walking back to the nurses residence, specifically to the ground floor classrooms for afternoon classes, so glad to be out in the fresh air, albeit briefly. When I opened the back door of the residence, the school secretary came running down the hallway toward me. Her hair was very long and oily and full of dandruff because she rarely, if ever, washed it. I remember thinking that it didn't fly out behind her as one might expect when a person is at a full run. And then she was saying the same four words. "The president's been shot! The president's been shot!." I have no memory of what happened after that, where I went or what I did. Were classes cancelled? I don't know. It's all blank now. I do know I went home for the weekend, because I was sitting on the arm of the couch in my mom's living room watching live television when Jack Ruby shot Lee Harvey Oswald. (Why do we always refer to him by all three of his names, I wonder? Because of John Wilkes Booth?) And my next memory is of the funeral procession, everybody walking, a little boy saluting--which seemed so staged and out of place to me because he was only just three--and the drums, and the high strung skittish horse. Such a long time ago. The images fade from my mind, but not the emotion.
Posted by Cheryl at 1:58 PM No comments: