Writing (About) Life--"Carl," Who Should Perhaps Go Vegan

He must belong to someone in the neighborhood because he wears a collar. We call him "Carl" -- because of the Geico commercial and because he's--well, he's--
Let's just say "stealth" is not his thing

Here, see for yourself.

"Carl," staking out the bird on bird feeder. See him? 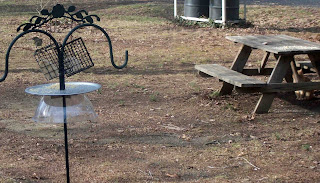 No?  Right THERE. Under the picnic table. The bird knows he's not far away in no time, table or no table. 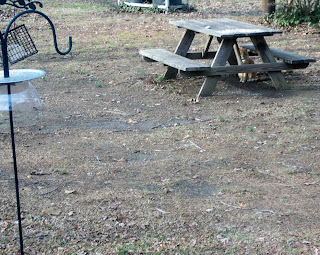 He stays in position for some minutes before he makes his first move--all the way over to HERE. In the open. He's much closer now, and apparently he thinks he's invisible. 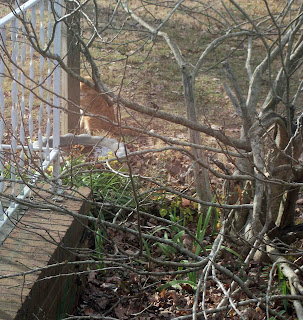 No birds around whatsoever, but he's sure they're up there somewhere, so he begins to circle the bird feeder. And circle and circle. Around and around and around. And around. Looking up all the while. 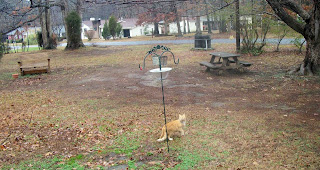 Perhaps dizzy now, he pauses to consider what to do next.

Since nothing comes to mind, he leaves. 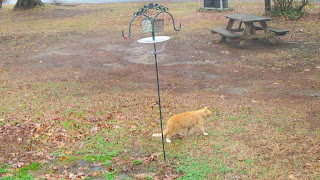 Five seconds after he's out of the picture frame--a cardinal: 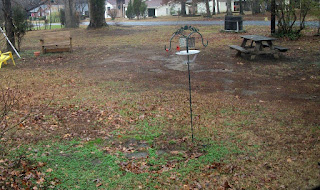 "We can see you, Carl. We can TOTALLY see you."

Posted by Cheryl at 3:19 PM No comments: