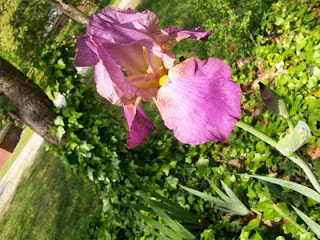 I'm going to show you how Mammaw Rose's roses and irises are doing this year.
This one is a surprise. It must have gotten left behind when my legacy iris bulbs were moved from the shade to full sun a few years ago. And this year it was big enough to bloom. Nice color, don't you think?

And these are Mammaw Rose's antique roses. The tall ones in the back were transplanted -- a volunteer sprout that was growing around the original bush. The ones in the forefront I rooted from a cutting. (I've told you before how surprised I was --I didn't know I could "root.") 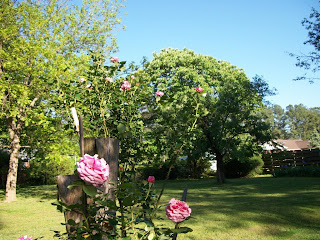 This iris reminds me of pineapple sherbet. The one that reminds me of peach ice cream hasn't bloomed yet. (I don't know. Maybe I do have a cold dessert fixation.) 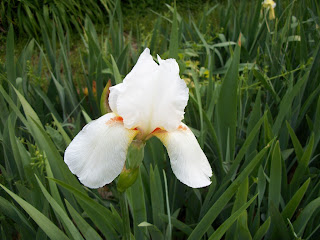 Here is an assortment of her irises: 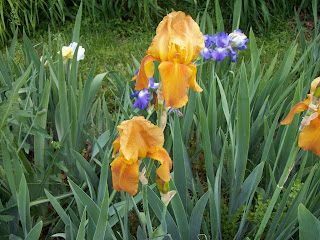 And isn't this one something: 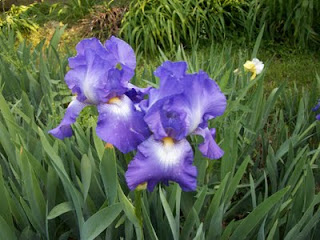 One of the rooted roses: 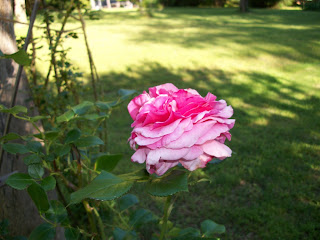 And a mixed bouquet of cuttings from around the yard. That's a white peony, the only one blooming at the moment. It's a surprise, too, one that missed the big Peony Relocation from shade to sunlight. It had a flower anyway, shady place or not. Heard about that "Bloom where you're planted" thing, I guess. 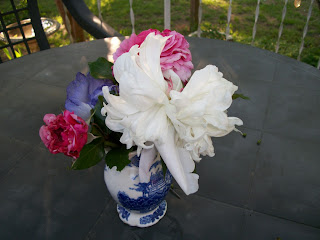 I hope you're blooming where you're planted.
Till next time...
Posted by Cheryl at 10:30 PM No comments: 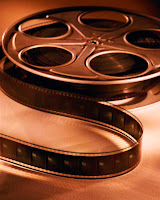 I forgot to tell you that the DH went "antique picking" earlier this week. Why is this of note? Well, there were several people at his favorite haunt (Cline's on US Hwy. 49), who were buying. AND, according to the Cline Helpers, they had a very large budget. Which they apparently needed because they were buying props for a movie.
The DH didn't ask what movie, of course -- or anything else for that matter. I don't think anybody on the premises did. (It's really true. Men are not as curious as we are.) In any event, this is at least as interesting to me as when a crew came to O. O. Rufty's in Salisbury to buy props for The Color Purple.
(I wonder what movie?)
(The DH is sure he didn't see any movie stars.)
Posted by Cheryl at 10:32 AM No comments:

I'm pretty sure you've noticed, as I have, that one is constantly either having to get something in a row: 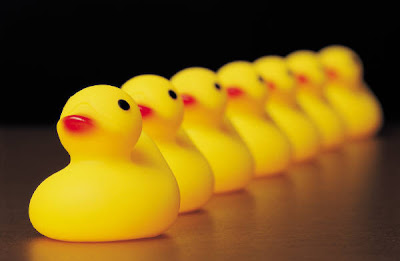 OR...
Something in gear: 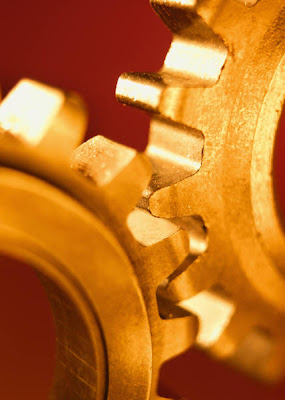 Sometimes one has to do both. That would be the case here at the moment. Why, you may wonder? Because I've been offered a contract for two books, historicals this time around.
So how am I doing? Okay, I think. The ducks are behaving as well as ducks are able and the gears are on the high side of rusty but turning. I think we're getting there. I'm at least in the "emotional zones" of the characters, which means they've gotten the cobwebs out of their hair, the dust beaten out of their costumes, and they are up and around and breathing. Now comes the hard part: What am I going to do to them? HOW am I going to run them up a tree and then throw rocks at them? (To quote a writer whose face and kind mentoring I remember well but whose name, regretfully, I do not.) It's very helpful advice if you want to be a genre writer. The problem, of course, is that it's hard. I know this comes as a surprise to many, but it is, especially if you want to use the writing style I use: Logical, Linear, Lean -- and still put the reader firmly into a "And then what happened?" mindset . No, really. It's hard. Hard, hard, HARD. I know this because I wouldn't stagger around the house looking like Munch's "The Scream" if it wasn't.
So. I'll give you progress reports, and here's the first:
I'm a couple of pages into Chapter Two of Not Yet Titled Book Number One.
Until next time...
Posted by Cheryl at 8:18 AM 2 comments: