Under the weather. (Blah and Ow.)
Missed Thanksgiving.
Carpenters working on water-damaged floors.
Can't find ANYTHING.
Need haircut.
Thus concludes The Official Whine Session for the day...
Posted by Cheryl at 11:49 AM No comments: 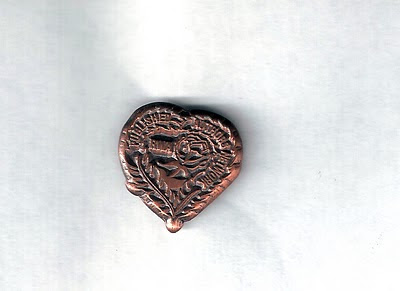 Posted by Cheryl at 1:28 PM No comments: 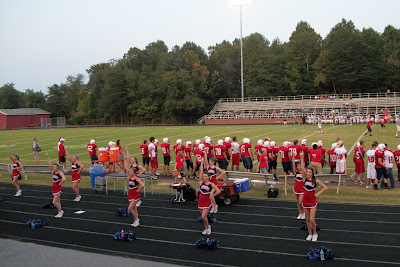 My recent venture into JV-Football Spectatorship (EVERY single game + scrimmage) has made me recognize how far "cheerleading" has come. Back in the day it was pretty much a matter of popularity, voice volume, and nerve. Candidates cheered before the student body and then there was a school-wide vote. AND one's family had to have a certain cash flow in order to make the honor, should it be bestowed, possible. It cost money to dre$$ the part.
It still costs money, but now cheerleading is clearly a highly skilled discipline if not an actual sport. No cheerleader could do those kinds of gymnastic moves when I was in high school, and as a result, none of them ever had to get a joint "iced" or wrapped on the sidelines as if they were actually playing the game. And rather than there being a "razzle-dazzle showtime" where fans merely watch and listen, the old cheerleading simplicity always invited serious group participation. I didn't see much of that in any of the games I attended.
I happened to find a mimeographed (you know what that is, right?) sheet of the absolute FIRST cheers for the newly consolidated East Rowan High School tucked away in one of my old yearbooks. Some of them I no longer understand, like the ones where truck-ing, and camel-ing, or Susie Q-ing is called for on the field. (What?) And there's a particular word in one of them that doesn't mean now what it meant then. Modern day cheers seem to be all about positive reenforcement. We're the absolute "BEST," even if we're down six TDs.
ANYWAY, here are some of the antiques -- and don't laugh. I mean it:

Who you gonna yell for

WITH A V WITH AN I

With a V with an I

With a GO TEAM GO!

VICTORY, VICTORY is our cry

We will win it

Then you truck on down

East Rowan is going to town,

Susie Q to the left

Susie Q to the right

And we couldn’t be prouder,

If you can’t hear us now,

And in closing, the original and probably long-forgotten school song:

Our school all cheers for Mustangs

To thee we will be true,

The Mustangs, yes, they are the greatest

They fight right to the end!

We will always raise our banner