Where The Lilies Bloom and Some Updates 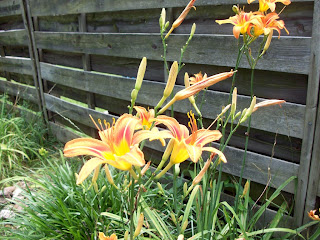 It's mid-June. Which means the lilies are blooming. The ones seen above are legacy, memory-keeper plants. They came from the dh's late Aunt Peg and hadn't bloomed in years because the shade from the maple tree overtook them. The dh moved them year before last into mostly full sun next to the neighbor's fence and they've really blossomed. They are nearly as tall as I am. You can just see the cats' cairn in the lower left corner.

The magnolias are blooming, too, but I don't have any of those. I read once that there was a huge magnolia forest around Pilot Mountain (or "Mount Pilot," if you're an "Andy Griffith Show" fan) in pre-Colonial times. What a wonderfully fragrant place that must have been. Now they're fairly uncommon ornamental trees found only in well-established yards and old cemeteries in my part of NC. I've never seen one planted around a new house. Little boys love the seed pods -- perfect hand grenades, don't you know.

But I digress. Again.

As I was saying, I don't have any magnolia blossoms, but come along with me now and I'll show you the blossoms I do have. I don't know the names of any of the lilies -- if you do, would you let me know?


This one is...pink. And burgundy. And yellow. And unusual looking as lilies go. 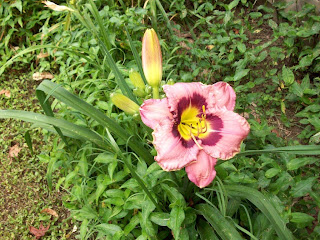 This one is similar petal-wise, but with much bolder colors: 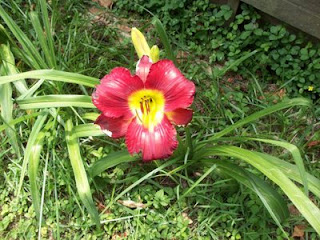 Two more of a different variety: 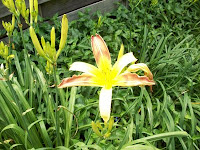 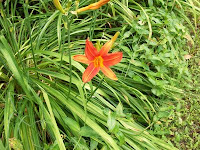 And the last one. It's very...orange: 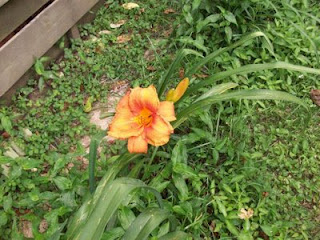 That's it for the lily tour. Now some updates:

Our World Traveler has reached his destination safely and is studying and working hard. Housing was a bit problematical initially, but I think that's straightened out. And so far, he's staying well.

The grandson is doing well with his brace despite some painful abrasions and blisters from the brace pads. (Aoife, the Jockey tees are still working. Thanks again.)

My mom had an episode with her heart -- tachycardia (rapid heartbeat), which eventually straightened out on its own. She was hospitalized overnight and all her tests were negative, thankfully. She seems to be feeling pretty well -- troubled mostly arthritic aches and pains which keep her from sleeping well.