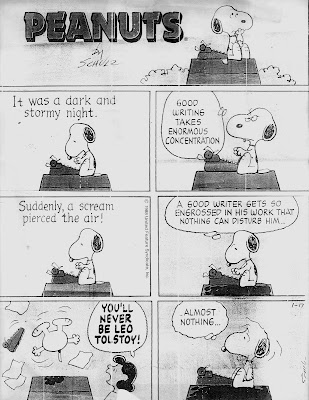 The last of my "Cinda Richards" backlist is finally up on amazon.com--which is actually my first published romance novel. I've been thinking a lot about what an experience that was all those years ago, finally seeing something I'd written in print.
No, that's not quite right. I'd had other things in print prior to this--literary short stories published in "little magazines," an anthology, chapbooks, etc., sometimes to good reviews. Sometimes, even the rejection slips were glowing.
Oh, yes. I was known to hang out with the literary crowd. I won short story contests, gave readings here and there, went to teas as an honored guest in Charlotte, Raleigh, Greensboro, Norfolk. I remember one such tea where the tea service was taller than most of the people attending. It was nice. And not the least bit lucrative.
Now if you know anything about the romance genre at all, you know that it is the consummate redheaded stepchild of publishing. The literati don't read romances, or if they do, they don't admit it. EVER. And what's more, they don't want you to waste your time reading "those books" either. It just won't do.
So I'm safe in saying that many of my literary acquaintances were surprised to learn that I'd written an about-to-be-published romance novel. Some were genuinely congratulatory (I think). Some assumed it was a vanity press project and were astounded to learn that a large New York publishing house had paid me to write it. And some wanted to kindly--and not so kindly--"save" me from whatever mental aberration was responsible for this particular craziness.
It was a bit of a...burden.
Here is my most favorite "helpful" remark: "Well, it's nice you got paid, but you know, Cheryl, it's hardly the Great American Novel."
Now here's the thing. I worked on it as if it was. I didn't "write down." I didn't condescend. I didn't wear a paper bag over my head. I didn't use a pen name for any reason other than the publisher required it. Instead, I learned the perimeters of the genre and I did the very best job I knew how to do.
Which brings us to the other thing. The title. Can you imagine the response in this rarified literary environment to a romance novel titled THIS SIDE OF PARADISE? And no it wasn't my idea. It was just one of those many things TPTB decide and the writer has to live with. I like to think, though, that F. Scott just might have cut me a little slack. We do, after all, have the same birthday.
Till next time...
Posted by Cheryl at 10:03 PM

Actually, I think F. Scott would be proud of you. I can't speak for Leo, of course. You've done wonderful things, and you've reached more people than the literati have even realized are able to read. As a reader, I think you for that.

Now I'm going to put away my pom poms...have a great weekend!

Thanks, Liz, you sweet thing, you. You have a great weekend, too.

I saw just last night where you have a January release for Carina Press, ONE MORE SUMMER. Intriguing title and I LOVE the cover. January is a great time for a release--all those brand new eReaders Santa brought are going to need filling.

LOL--I meant, I THANK you for that, and for bringing to my attention that the release is right after Christmas--I'm newly thrilled. And now I need to stop playing and go to the grocery. Yup, thrilled.